I cannot call him “President Trump”, because he might have the title but he does not behave like one. I have no respect for him at all. He is crude, rude, low class, vulgar, even perverse. Yes, I have been quiet, but he has gone too far. He is absolutely and irrefutable out of his mind, saying things like “there is a vaccine for AIDS” …. WHAT?! When I heard this, how can I say it without insulting him badly? ah, no, impossible to find a decent word.

What I cannot comprehend is why there are still many people who believe the words that come out of his mouth and follow him to his rallies. He is not “going to drain the swamp” people, because HE IS part of the swamp. He gives tax relieves to his friends. He hasn’t revealed his taxes because he has powerful friends who protect him from doing so, because it is good for what ever they are doing with him and through him: M.O.N.E.Y.

Worst of all, he has created a climate of hate, terrible fear and death. Frankly, I am making this post as a statement of my opposition to killing and the suppression of life. As a medical doctor I have the obligation and responsibility to save lives, to extend the lifespan of my patients, I make their lives more comfortable and help them live with physical and mental dignity.

Trump, with the hate that invades his tiny little mind, is infecting humanity and it’s my obligation to say it so, as a doctor. As a medical doctor I oppose the use of choke-holds, I oppose brutality and aggression against ANY human being. I will NEVER agree to the use of deadly force to control any type of situation (those that many hate groups, consider it to be “normal”!) Those are excuses to kill because of hate and rage.

White nationalist hate groups in the US have increased 55% throughout the Trump era, according to a new report by the Southern Poverty Law Center (SPLC), and a “surging” racist movement continues to be driven by “a deep fear of demographic change”.

“Though the experts appear to understand the threat, they remain hamstrung by the Trump administration, which has hired members of hate groups into high-level positions and has on its staff people like Stephen Miller, the senior policy adviser in the White House who has long been allied with anti-immigrant hate groups,” it said.

The law center said the number of hate groups rose by 7 percent last year to 1,020, a 30 percent jump from 2014. That broadly echoes other worrying developments, including a 30 percent increase in the number of hate crimes reported to the F.B.I. from 2015 through 2017 and a surge of right-wing violence that the Anti-Defamation League said had killed at least 50 people in 2018.

Keep on blogging “not-exotically”. Not while this inhumane crime goes on.

As a human and as a Medical Doctor it is my responsibility to speak out and to help all those people in desperate need; especially when they are children. What is going on in the US under the Trump regime is very dangerous and it shouldn’t be considered as a “myth” or as an “exaggeration of the media” like Dr. Joseph Gobbles PhD made every German believe back in Nazi Germany.

The incarceration of children in the US has to stop. It is not a political party issue: it is a humane issue. Democrats, republicans, independents, non-political, religious and non-religious people, everyone should be well-informed, outraged and ready to do something to stop immediately this monstrosity.

So we now know what the punishment for Mexico and then congress refusing to pay for Trump’s wall is: “tender age shelters.” This is America under Trump.

In a stark juxtaposition to Corey Lewandowski’s depravity, Rachel Maddow cries on air while reading the @AP’s report on immigrant babies forcibly taken from their parents.

The shelters reportedly have play rooms full of crying babies in crisis…pic.twitter.com/wzI5SOB1qQ

Trump administration officials have been sending babies and other young children forcibly separated from their parents at the U.S.-Mexico border to at least three “tender age” shelters in South Texas, The Associated Press has learned.

It seems that my “Exotic Blog” is not going to be “exotic” for a few days or weeks. Not while this inhumane crime goes on.

WHERE ARE THE GIRLS?

Weller: Do you know where they are?

Nielsen: I would have to refer you to HHS#WhereAreTheGirlspic.twitter.com/g3TFGJz296

I am so worried about what we will find about these girls.
WHERE ARE THE GIRLS? https://t.co/wnnaq2xhxn

Keep up the pressure on #WhereAreTheGirls. Demand the press are given access to them. Best case scenario – they’re keeping them hidden because they know the public outcry will intensify at the sight of girls and babies. Worst case – there’s already been abuses. Probably both.

Does Trump already have a pre-existing sex trafficking enterprise in place to funnel immigrant children? #WhereAreTheGirls

I know this sounds insane but everything is at this point.

I can’t stay quiet anymore. I usually keep this blog light but this has gone too far and it seems irresponsible on my part not to speak up. The injustice and cruelty going on in the United States of America against  children is appalling and frankly, it saddens and enrages me.

I wish that people would realize now that USA  has become a fascist regime. People need to read the history of the Nazi regime, how it was born, developed and implemented, in the 1920’s and during the WWII. The percentage of people in America who see that this is wrong, need to study and do more investigation so it is not too late for them like it was for many living in Nazi Germany under Hitler.

This is how Hitler fooled the world with propaganda: Theresienstadt concentration camp where Red Cross visitors and media saw Jewish children looking fine while Hitler was gassing and working them to death.

Media-do not be fooled by what BP is feeding you. Where are the girls? pic.twitter.com/VjxyQq5LK9

As is true for all Mammals, we nurture, care for, and protect our young. So I’m guessing that if we were Bears, ICE agents who separated children from their parents would have all been mauled by now.

As the U.S. is set to withdraws from the U.N. Human Rights Council later today, question is, when will U.N. monitors be sent to our southern border to report on Trump’s humanitarian crisis? 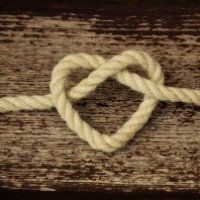 This site will seek to demystify reproductive health practices, educate ladies , recognize ladies and their strides for better healthcare and raise awareness on lack of sanitary towels in rural countries.

Do what you love,love what you do.

M's Blog
No Back Pain

Learn how to prevent & cure

BEGINNING OF THE NEW ERA

Existence is illusory and it is eternal.

A Party in My Pantry

Exploring the world of compelling communications

Be the kind of person you would like to meet!

Journey Through Pages Of A Book

"Through Confusion and Quiet Collusion"

Join me and explore the universe...

be you, be great

Without nature, there is no human life on earth. V.Sinkevicius

My Best Home and Garden

The official bulletin of the artist IMPREINT created to repost excerpts from 'En plein air'.

...You are a free Spirit when NO-THING or BEING can block your soul from manifesting to its fullest potential.....

What are you up to during the Lockdown??

Your Health and Wealth Upgrade

My discoveries and thoughts in Science & technology

Laughter is the best medicine

We will give you a new solution

An online book of information, knowledge and news

Your Health Is What Matters To Us!